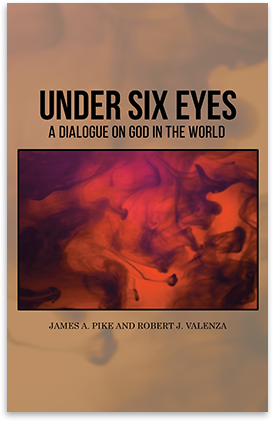 How Can Heartfelt Disagreement Be Constructive?

Considering the divisive and even destructive nature of current political speech in the United States, we ask under what conditions disagreement can be both constructive and satisfying.

Rob. One of the reasons we wrote this book was our recognition that you and I could talk through our differences of opinion. It was a pleasure to learn from each other, and there was so much to learn considering the differences in our educations and experiences. Think about that: disagreements that led to great satisfaction in learning new things and understanding each other. Now think about the state of public discourse in the United States today (February 17, 2021). People looking at the same world and unable to talk about it without talking past each other. The anger. The unprecedented violence on January 6th. I take no political stance here; there is a far more important question: What are the conditions that allow us to talk constructively, not divisively? In geometry we start with axioms and postulates and logic. But geometry confronts an ideal world, while we live in the real one, a place that does not come with axioms that are all spelled out. Can we begin to get at some of what underlies constructive disagreement? At how we can be together happily by being different? Where would you begin?

James. Looking at it now, it appears this may have been our most notable accomplishment in writing the book! My first two thoughts in reply to your questions are not religious.

Anger is an enormous obstruction to constructive disagreement. American society is marked by an unending cascade of anger. The violence of January 6, 2021 was appalling but revealing—like a bone that breaks because of undiagnosed cancer in it. The break reveals a much deeper, more serious illness. Some have commented that anger is productive but needs an outlet to remain so. Art is an antidote to anger by creating an artificial situation to produce and release it, something much better than the common alternative: violence. Violence multiplies anger even as it releases it. And anger seeks neither truth nor reconciliation.

Next let me point to the need to refresh the experience of friendship. You and I could disagree honestly because of our friendship. So much arguing has become a depersonalized, mindless combat. Like the fantastic but ultimately fruitless combat of World War 1, where technology overwhelmed everything on the battlefield, so much of our current discourse is technologically mediated, meaningless carpet bombing. Friendship becomes like the famous 1914 Christmas soccer truce between enemy trenches: a refreshing encounter of those who have recovered their subjectivity (albeit briefly) in the technological wasteland.

4 thoughts on “How Can Heartfelt Disagreement Be Constructive?”